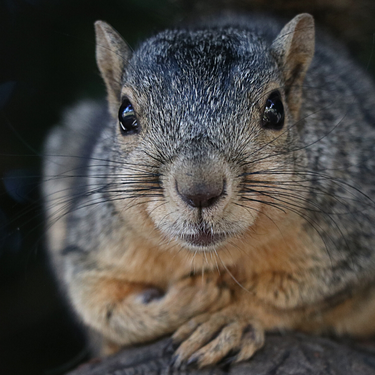 As half the island is a state park, there is an astounding amount of wildlife on North Captiva Island. Some of the most exciting animals you can see are dolphins on the island's north side, manatees seeking warm water in the island canals, elusive bobcats, bald eagles in the animal preserve, and possibly a rare sighting of the famous Florida alligator.

Are you ready for your next memorable vacation? Then you're in the right place. There is no better place to visit than Southwest Florida due to its fantastic weather and many attractions. A significant highlight of the area and a local favorite is the abundance of wildlife on North Captiva Island. That area is described as an "unpolished diamond" where there are no paved roads and golf carts are the only means of transportation. As a result, many animals, including elusive and endangered species, are able to survive and thrive.

As half the island is a state park, there is an astounding amount of wildlife on North Captiva Island. Some of the most exciting animals you can see are dolphins on the island's north side, manatees seeking warm water in the island canals, elusive bobcats, bald eagles in the animal preserve, and possibly a rare sighting of the famous Florida alligator. There are also many birds, including ospreys, that people can observe and admire. Last but not least, it is one of the few places in Southwest Florida where you can see the threatened Eastern Indigo snake.

Does Captiva Island Have Alligators?

A Florida vacation is not complete without seeing an alligator. While there is plenty of wildlife on North Captiva Island, the chances of you seeing one are slim. These reptiles prefer freshwater and rarely go out into the Gulf of Mexico. As a result, you might spot a lone confused gator, but it’s not common for visitors to see one. If an alligator sighting is on your list, your best bet is to go island hopping and head to Sanibel Island. There you will find many freshwater ponds and lakes that gators call home. In addition, the JD “Ding” Darling National Wildlife Refuge on Sanibel Island is an excellent place to go on a hike and watch the alligators sunbathe.

Are There Snakes on North Captiva Island?

Unlike other parts of Florida, North Captiva is underdeveloped, ensuring a safe haven for wildlife. Such is the case with the Eastern Indigo Snakes. Once prevalent along all Southwest Florida barrier islands, this species is now only found on Pine Island, North Captiva, and Cayo Costa. It disappeared from Sanibel in the late ’90s and Captiva in the ’80s.

The state has listed this snake as a threatened species, and a non-profit organization called the SCCF Pine Island Sound Eastern Indigo Snake Project monitors it. Additionally, many island residents have taken it upon themselves to protect this rare species. The Eastern Indigo snake is non-venomous, black (thus the name indigo), with a reddish chin and neck. It eats small rodents, birds, frogs, and other snakes. Males reach six to eight feet in length, while females grow up to six feet. As the winter months approach, they become more active when searching for a mate. You can see them in residential neighborhoods and fruit groves because their prey is usually found there.

Another snake you can find on North Captiva Island is the Southern Black Racer, the most common species in the Southwest Florida islands. This snake looks very similar to the Eastern Indigo, and the two are often mistaken. However, the significant differences are that the Black Racer has a white chin and neck and sometimes is blueish or greyish. It is slimmer and moves very fast. It’s non-venomous but has a strong bite that is extremely painful. The Black Racer is a hunter, so you can often find it around your yard as it’s looking for prey. Never approach it, as it gets aggressive when it feels threatened. Additionally, there have been sightings of rattlesnakes, but they are extremely rare.

Are There Bobcats on North Captiva Island?

One of the rarest-sighted animals on the island is the Bobcat, often mistaken for the Florida panther. Bobcats are the panther’s smaller cousins and are much more prevalent in the state.

The panther gets up to 160 lbs, compared to 20-30lbs for a bobcat (about two or three times bigger than a domestic cat). They are also different in color - the panther is tan, with no spots and a long tail, while the bobcat is reddish-brown with spots and a short tail. Additionally, panthers are endangered and hunt at night, while the smaller cat is widespread and goes out during the day.

While they are common, bobcats are wary and tend to keep a distance from humans. In fact, there is a high probability that the cat will flee the moment it sees you. They are not dangerous or aggressive, but like most animals, if you approach them, they might attack, especially a mom with kittens. Bobcats feed on small animals, primarily rodents, fish, snakes, or whatever protein they find. If you’re lucky enough to see one on North Captiva, admire it, and take a photo, but keep your distance.

What Animals Can I See on North Captiva Island?

There is so much wildlife on North Captiva Island, and you don’t have to go far to see it, as half of the island is a nature preserve. As a result, there are many opportunities to spot a rare animal.

The chances of spotting this beautiful creature on North Captiva Island are very high. Dolphins swim in the island's waters daily, and you can often see them from many places along the shore. Dolphins are social animals, so you will likely encounter them on many occasions, resulting in an experience you will never forget. One of the most popular spots is “Dolphin Beach.” It’s located on the grassy east side of the “Salty Approach” airstrip. You won’t find it on Google Maps, but locals can help you find it.

You can find these gentle giants all over Captiva, Sanibel, and the mainland. You may have difficulty spotting one if you don't know where to look. On North Captiva Island, you can often find them in the canals south of the airstrip and sometimes along the coast. Manatees are usually comfortable around people but are endangered species, so you cannot touch them, go swimming with them, or enter a designated manatee sanctuary. Manatees live in warm waters over 68F, so the island is a perfect place for them to stay year-round. Sometimes, during cold fronts in the winter, they might migrate towards the mainland, seeking warmer water, particularly at Manatee Park in Fort Myers.

You can find sea turtles like the Loggerhead and land Gopher tortoises. First, you should know the difference, as many people confuse them. Gophers drown if they are placed in water. Sea turtles are enormous, can reach up to six feet in size, have flippers, and live in water. They only come to the shore at night to lay eggs between May and October, so keep an eye out if you're on the island. Be careful to never step on or harm them or cover any holes you dug. If you’re visiting at night, never leave a light pointing towards the beach or use flash photography.

Ospreys, Eagles, and Other Birds

North Captiva Island is a fantastic place for bird watching. Be on the lookout for egrets, as they might be looking to snatch your lunch. The island is home to great, snowy, and reddish egrets. There are also Blue Herron, White Ibis, American Oystercatcher, and Least Tern. For those seeking larger birds, ospreys can be seen in great numbers. It is no surprise that these birds of prey are excellent hunters; if you’re lucky, you might see them diving into the water to catch a fish. Lastly, we must not overlook the majestic bald eagle. You might not think they live in these areas, but there are several nests across Southwest Florida, including Sanibel, Captiva, and North Captiva Islands. Eagles usually create nests in hard-to-reach forestry areas not too far from the water. At least one nest is located on the island in the natural preserve, where no road is nearby.

So, are you ready to visit Southwest Florida and be surrounded by all its beauty? Whether you want to go fishing or rent a boat, Jensen’s Marina and Cottages is your one-stop shop. Perhaps you’d like to explore all the wildlife on North Captiva Island? Then, you can easily island hop in a water taxi and enjoy the beautiful scenery. In addition, the historic cottages at the marina are the perfect place to unwind after a long day in the sun. So, what are you waiting for? Book your next vacation; let Jensen’s Marina and Cottages wash away your everyday worries and show you how life should be.